The first presentation of the project in Russia - Saratov

As a student I met Irina, who was also a student, in Rostov Velikiy in Russia. After thirty years Irina found me through social networks. She arrived in Snina and was a guest at the International Fine Art Festival. She joined the project and painted a picture. She started to promote the idea of the project in Saratov. Irina was a TV announcer. Together with her daughter Marina they organised the biggest project presentation we have ever given, got sponsors and approached the personalities. They invited me to Saratov and paid for my trip and stay. They also organised an exhibition of my paintings. Several television companies and various other media came.

Many personalities were painting the pictures, for example the Minister of Culture of the Saratov region Svetlana Krasnoshchokova, the circus director Ivan Kuzmin, artists and non-artists. The well-known actress and philanthropist Chulpan Khamatova also joined the project, and she wrote this on the canvas: „Мы с тобой одной крови“ – „We two are the same blood group“.

Both ladies, mother and daughter, I appointed the ambassadors of the project. Not only they organised a spectacular event with top advertising, but moreover they invited other people to join the project. 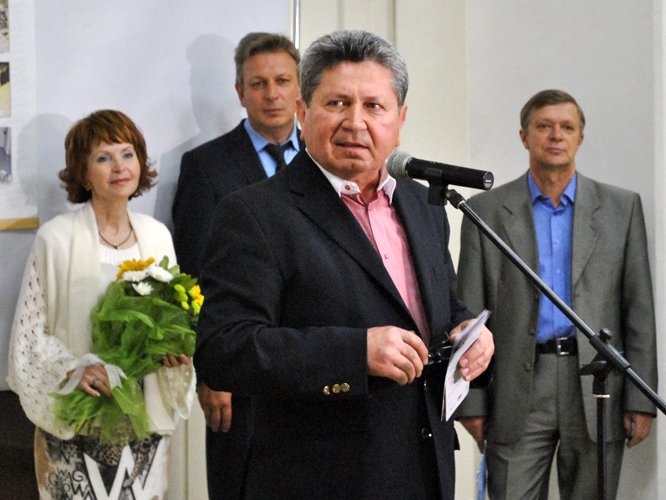 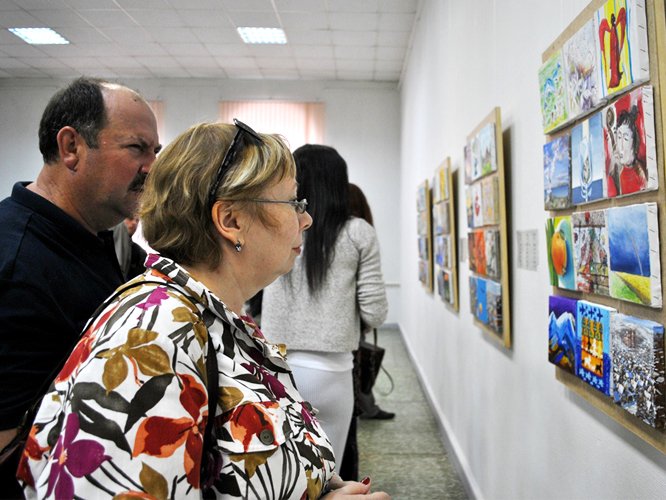 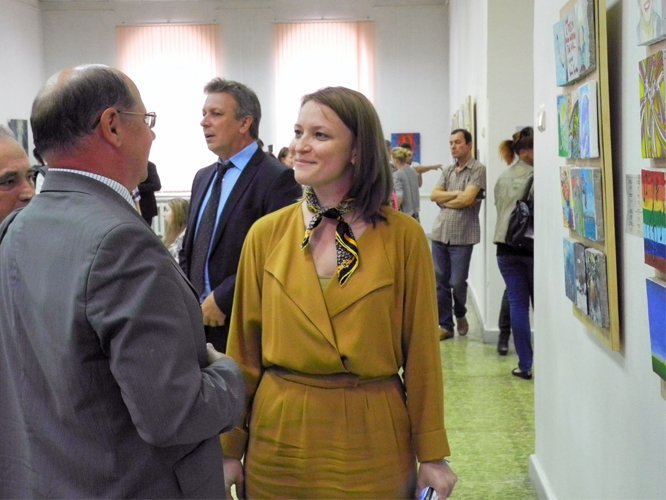 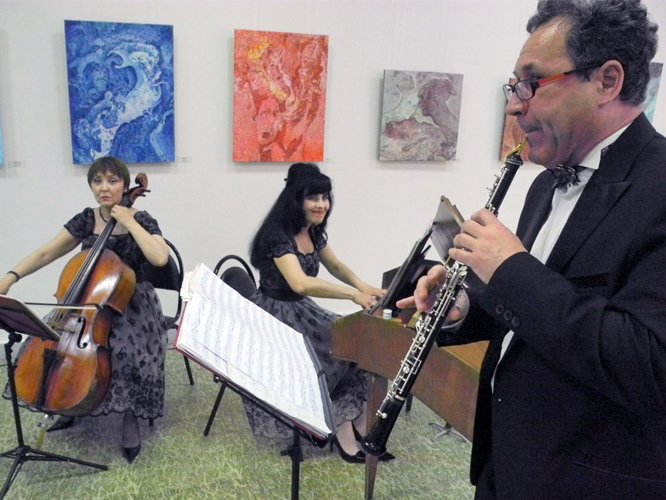 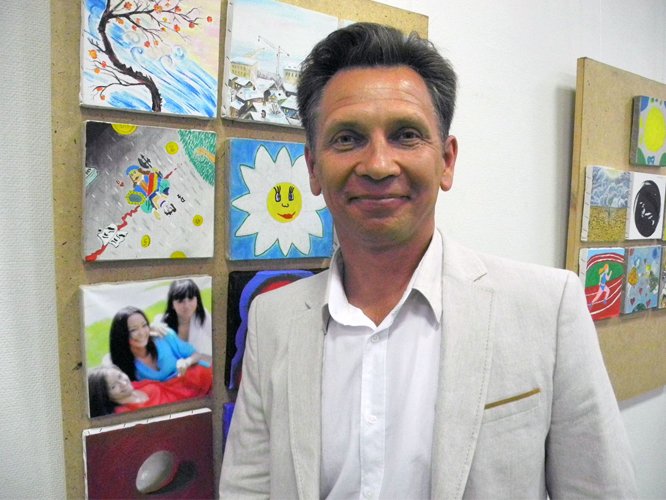 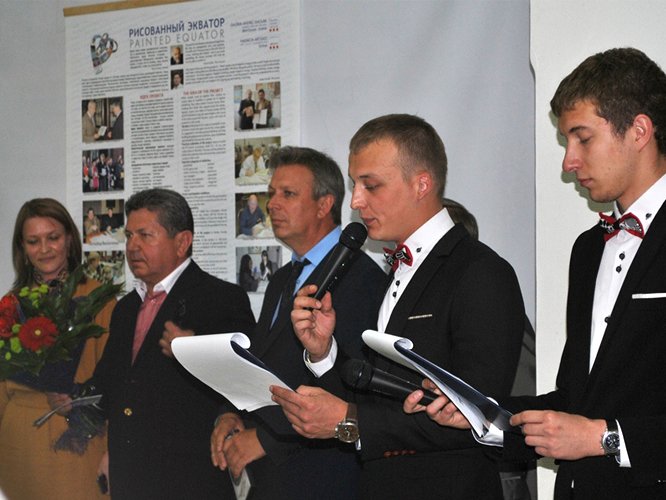