We were invited to talk about the project to Slovak Radio - Radio Slovakia International - and we spoke with my colleague Melita Gwerková in several languages. Both in Slovak, Melita in English and Spanish, and me in Russian and German. At the same time, we prepared tables, paints and canvases in the foyer of the SR building.

Consecutively, various editors came, mainly RSI, not only Slovaks, but also foreign editors and reporters working in Slovakia and started to work. The project is not about great visual art. The project is about participation and promoting a good idea and developing the idea of ​​the project in its environment. 28 RSI editors from France, Austria, Great Britain, Cuba, Spain, Romania and Belarus were actively involved. 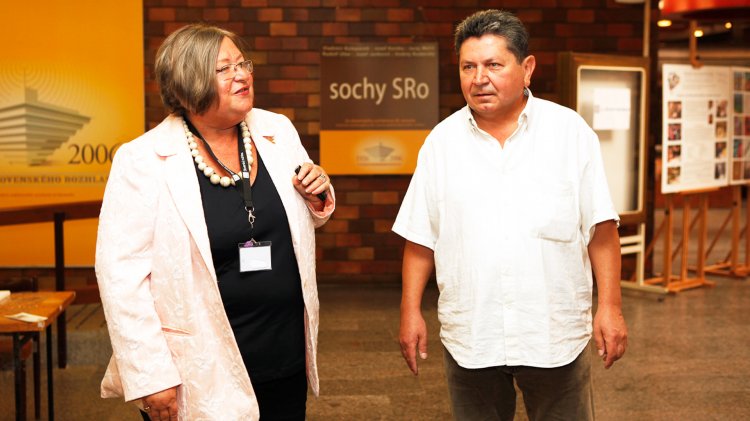 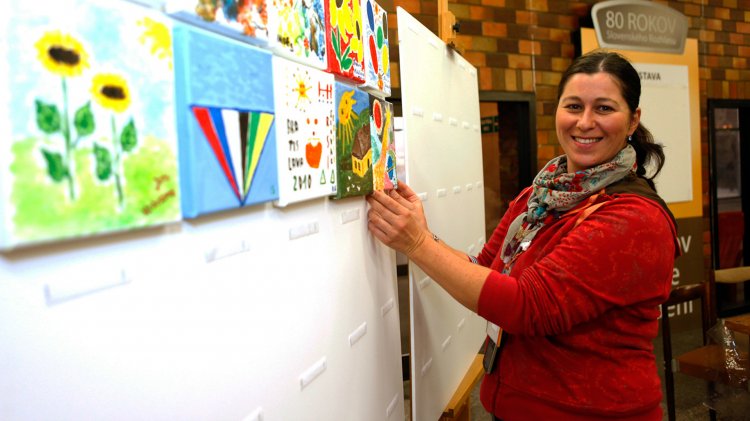 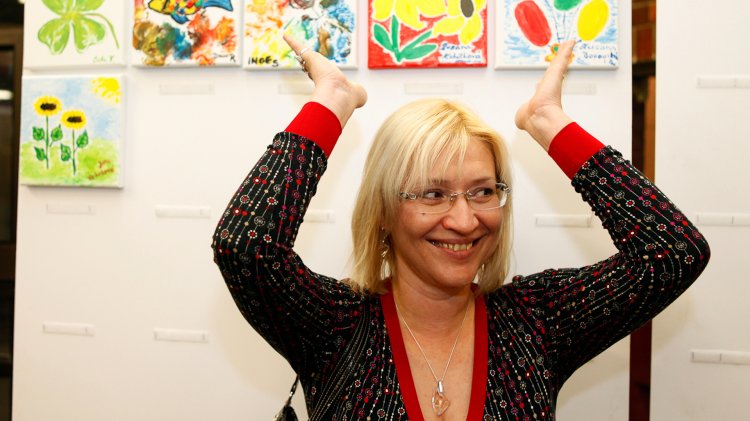 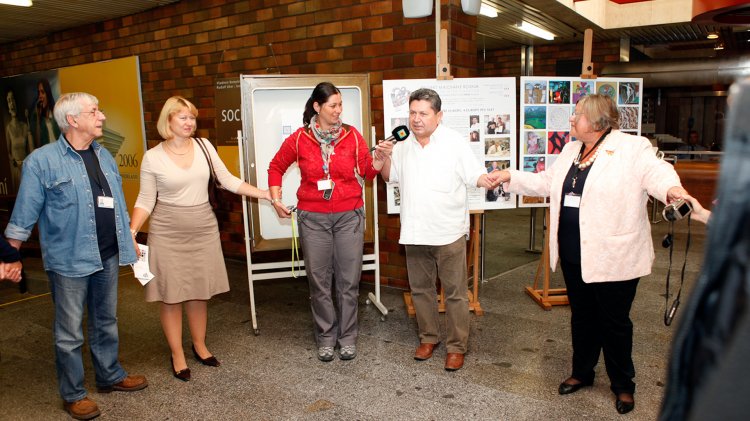 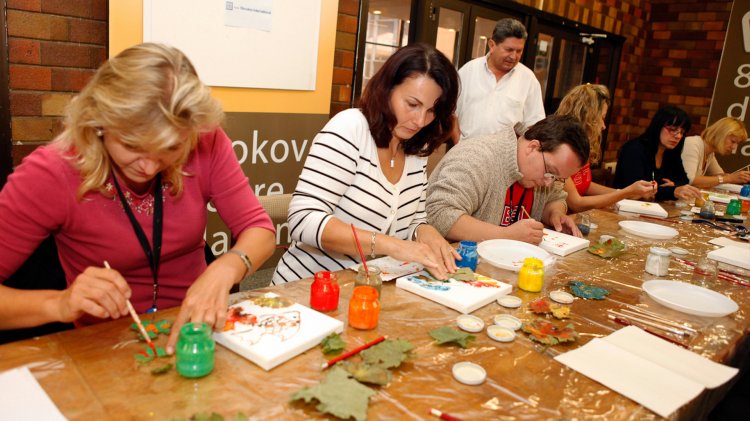 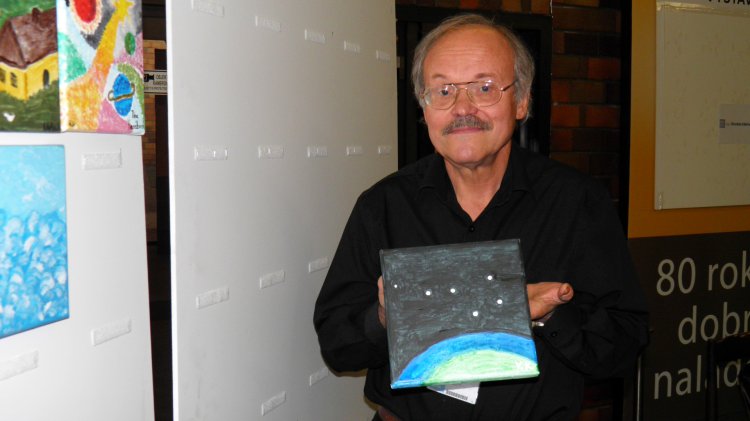 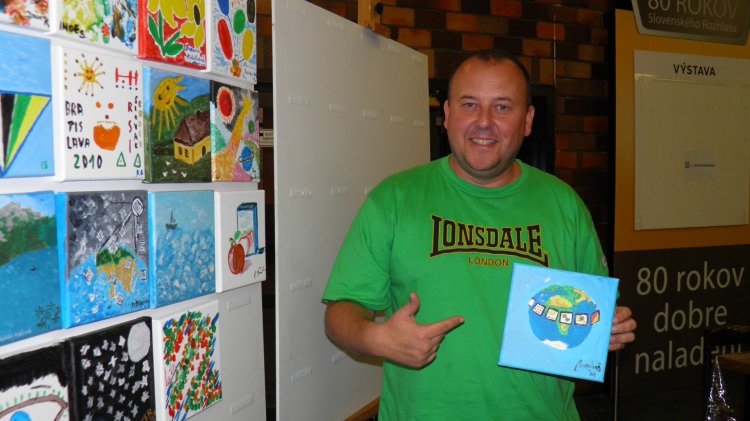 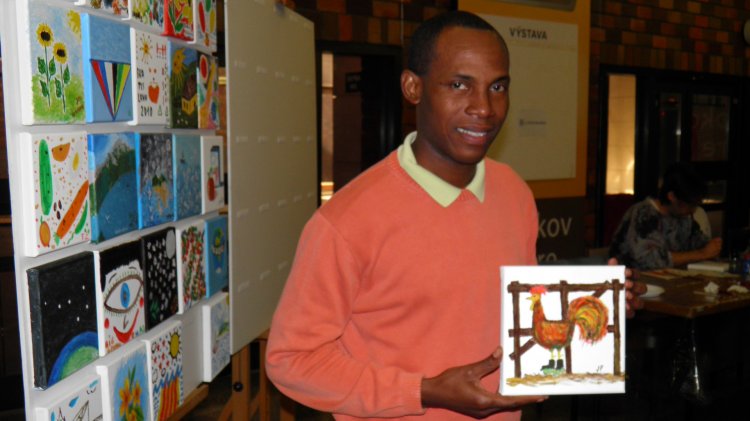 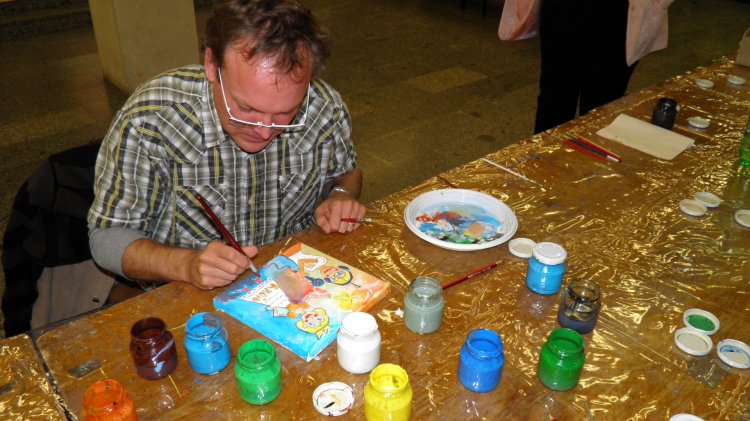 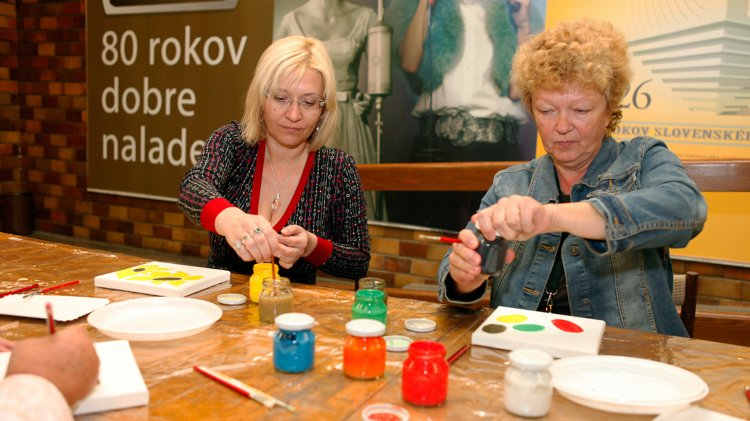