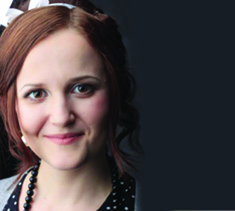 (1985, Yaroslavl), Associate Professor. In 2007 – 2009 she worked as a manager and later a director of the private company Deffa, Saratov. She won National Contest entering the Youth Delegation of the Russia for G8 and G20 Summit 2011 in Paris as a Youth Minister of Economic Development of the Russia. In 2012 she also presented Russia at G20 Youth Summint in Mexico and G8 Youth Summit in Washington DC. From 2013 she is founding curator of Global Shapers Hub, Saratov.